I was very proud to have recently taken part in a master class with the great pianist, Melvyn Tan. Melvyn Tan has built an international reputation through his exceptional musicality and promotion of the fortepiano, the predecessor of the modern day piano. The master class was hosted by Wiltshire Music Centre, one of the best music venues in the UK, with a 300-seat concert hall that has excellent acoustics. In addition to a busy program that features numerous internationally acclaimed artists, the centre also holds regular activities for local education and development, including workshops, choral singing sessions and music therapy groups. 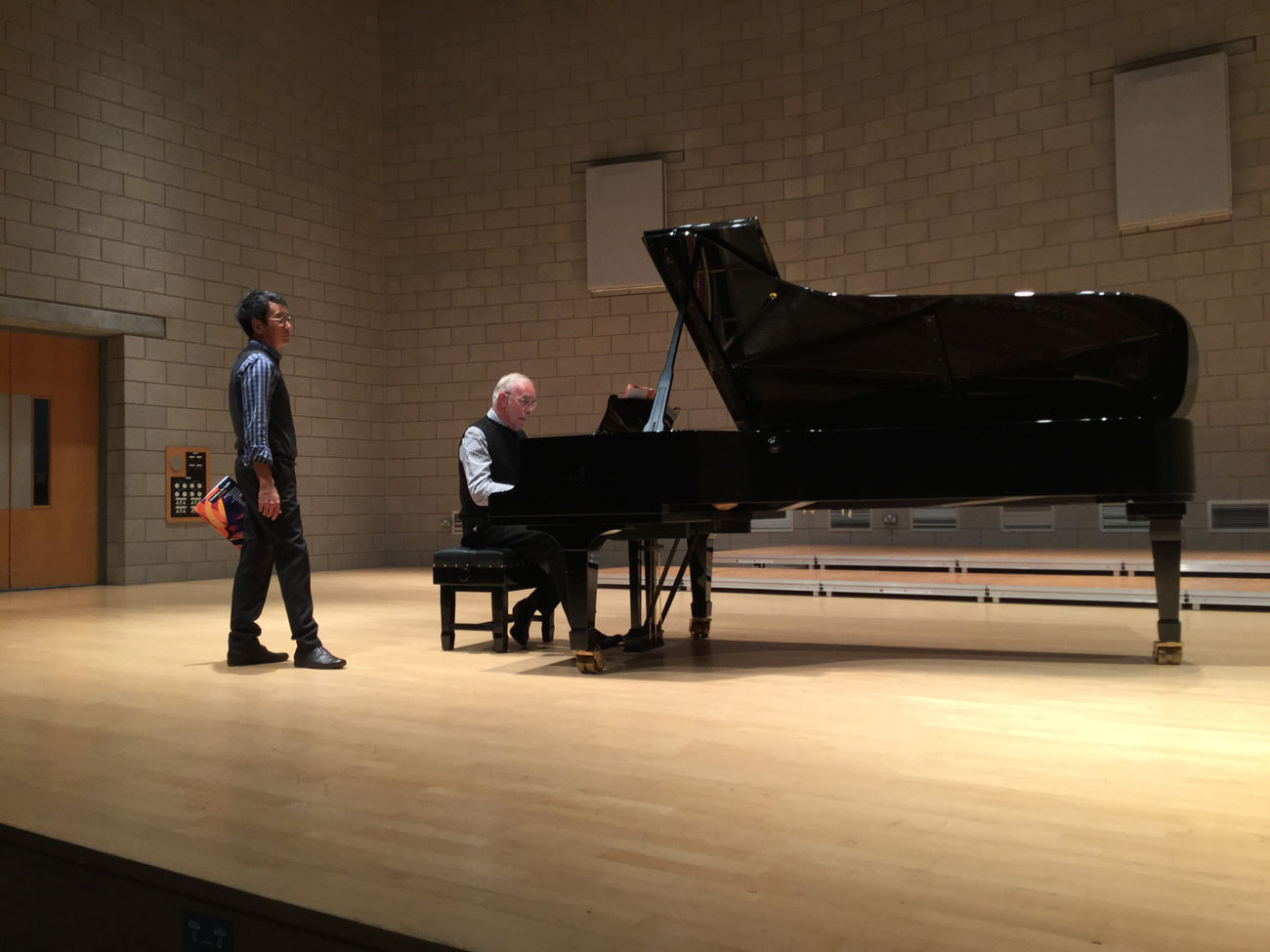 The challenge for participants in the master class was to prepare a piece from Variations for Judith. This is a wonderful collection of short pieces from a variety of modern composers. It was commissioned as a leaving present for Judith Serota, who was Executive Director of the Spitalfields Festival in east London until late 2007. All of the composers featured had either worked with Judith or had a connection to the Festival over the years. 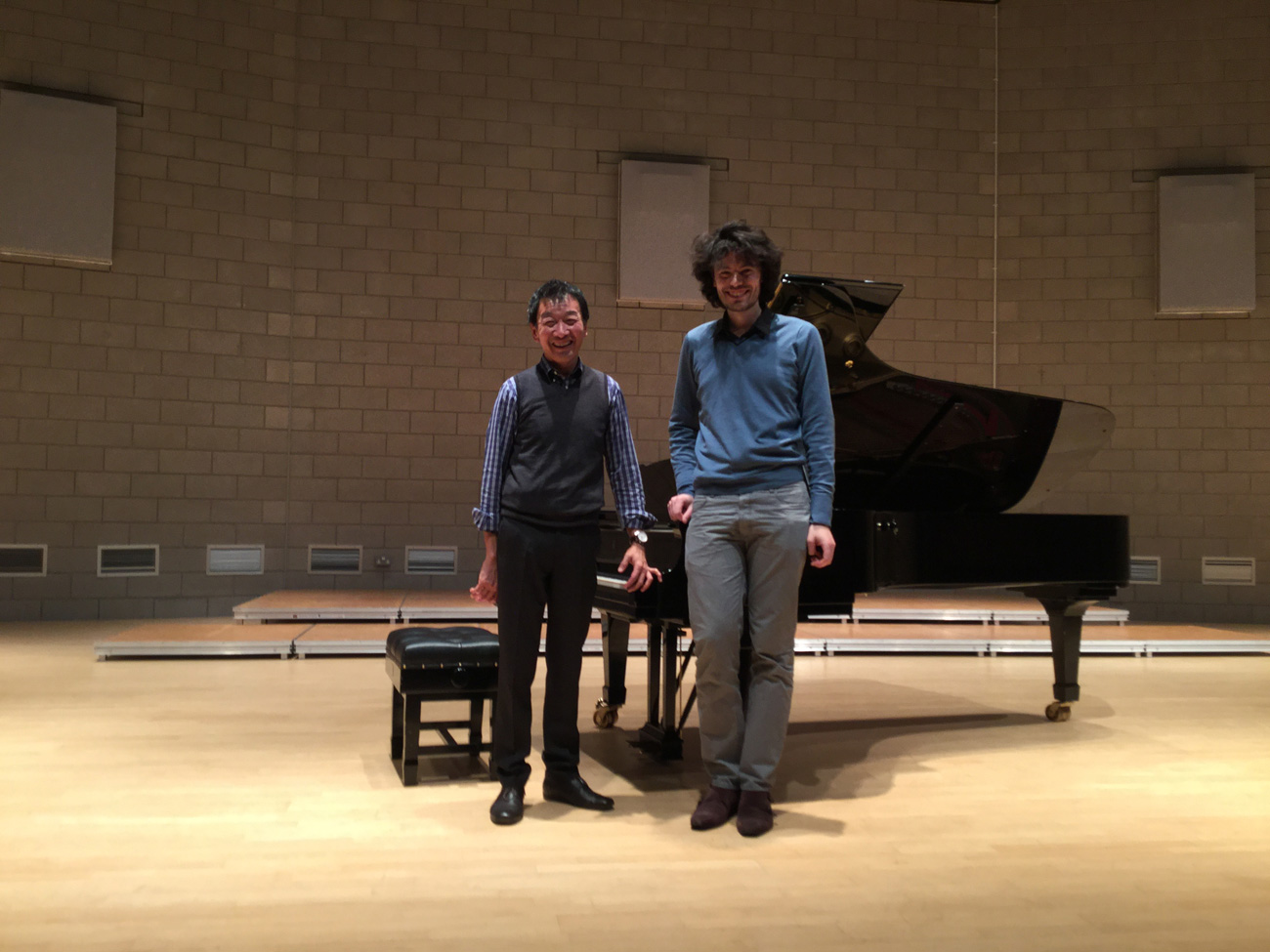 Me and Melvyn Tan

The chosen pieces were Ist Bach bei mir by Jonathan Dove, Little Elegy by Richard Rodney Bennett and my chosen piece, Diomedes by Tarik O’Regan. Naturally I was a little nervous at first, but from the minute Melvyn starts working with you on various elements in the music, all the nerves dissipate. He proved to be an excellent teacher and master class leader, giving encouragement and direction in a very personable way. At the end of the guidance section, Melvyn offered us all the chance to play the piece again, incorporating the points he had given us. For my part, the result was very illuminating; my chosen piece now had a lot more musical depth than I thought was possible. 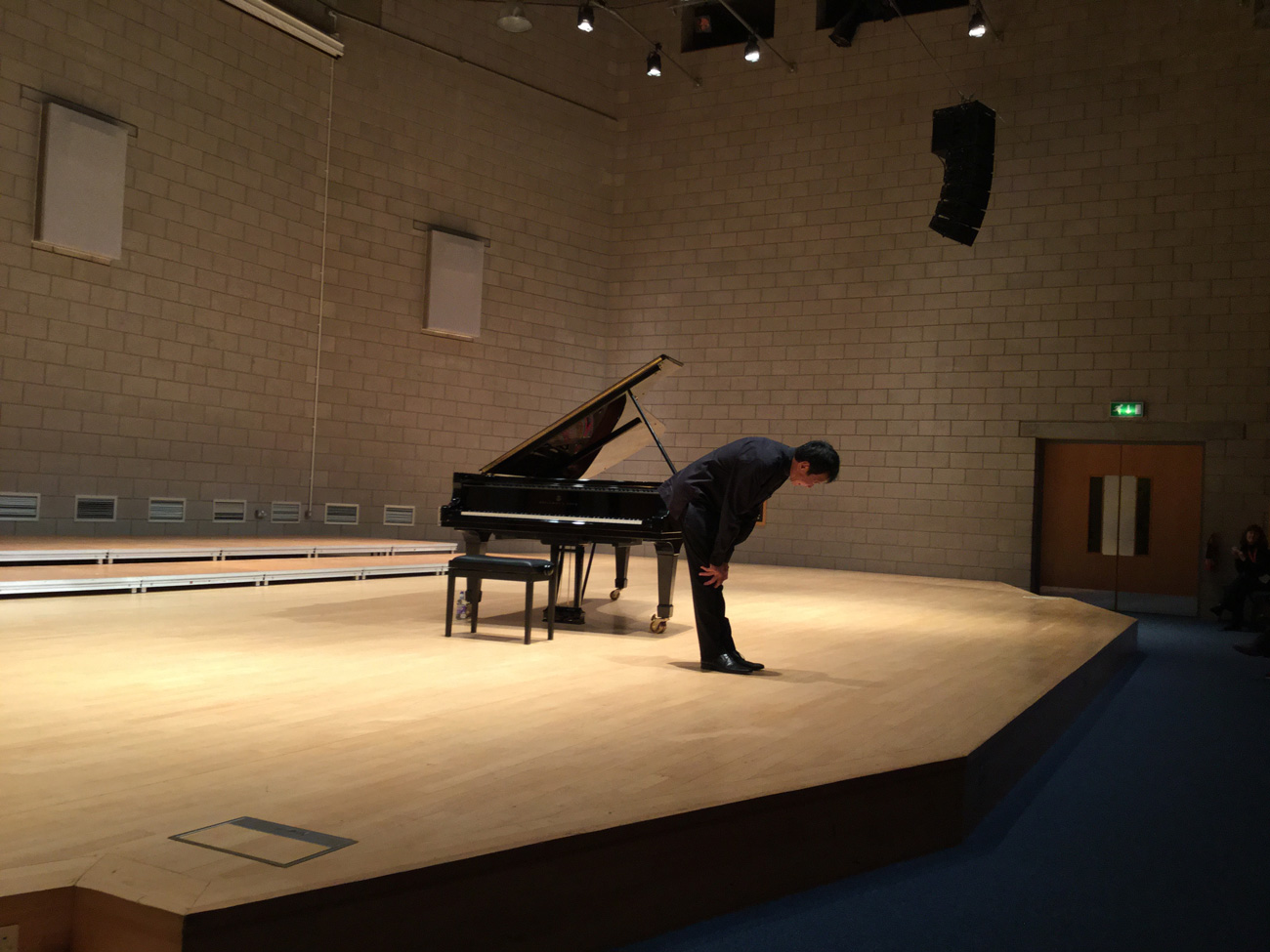 The following evening, Melvyn went on to perform an exquisite program of music from Chopin, Liszt, Field, Bach, and of course selections from Variations for Judith. It was a joy to see him perform this challenging repertoire with such expressiveness and musicality. I look forward to seeing him perform again in future and would heartily recommend you to grab a ticket if the opportunity arises.

Variations of Judith can be purchased from most online retailers and music shops, and each book sold makes a contribution to Dimbleby Cancer Care.

The National Jazz Museum in Harlem

At the beginning of March I went on a trip to New York, to visit America for the first time and find out more about a city which I have seen so much of in films and other media. The images everyone has were all there: yellow cabs, the statue of liberty, huge skyscrapers, steam coming out of the pavement. But it was in other parts of Manhattan, especially Harlem, where I gained some fascinating insights.

I dropped by the National Jazz Museum in Harlem on East 126th Street after an internet search of music related things to do. This small museum packs a wealth of resources for the visitor, with a regular programme of talks from leading jazz musicians, all aimed at increasing awareness and participation in Jazz music. On my visit there was an exhibition on the great Cuban pianist Bebo Valdes, whose life and music inspired the Oscar nominated film Chico and Rita.

There was also the Savory collection, an extensive archive of previously unknown recordings by every jazz great you can think of up to Bebop. Digitized from the original metal records (as opposed to vinyl), I had the pleasure of listening to a couple of my favourites, Django Reinhardt and pianist extraordinaire Art Tatum. I was immediately taken by the quality of these recordings; William Savory had a technical understanding of sound recording that was ahead of its time. To read more about this fascinating archive, follow this link.

In a corner was a rather nice Steinway grand piano, donated to the museum by the late jazz pianist Dick Katz. It is a well used instrument and thankfully, anything but a museum piece. On playing, the core sound was still very good and the high level of craftsmanship of Steinway rang true as ever. I was pleased to find out that the piano is free for visitors to play, a lesson to institutions the world over who try to keep musical instruments as a spectacle rather than the purpose they were built for. 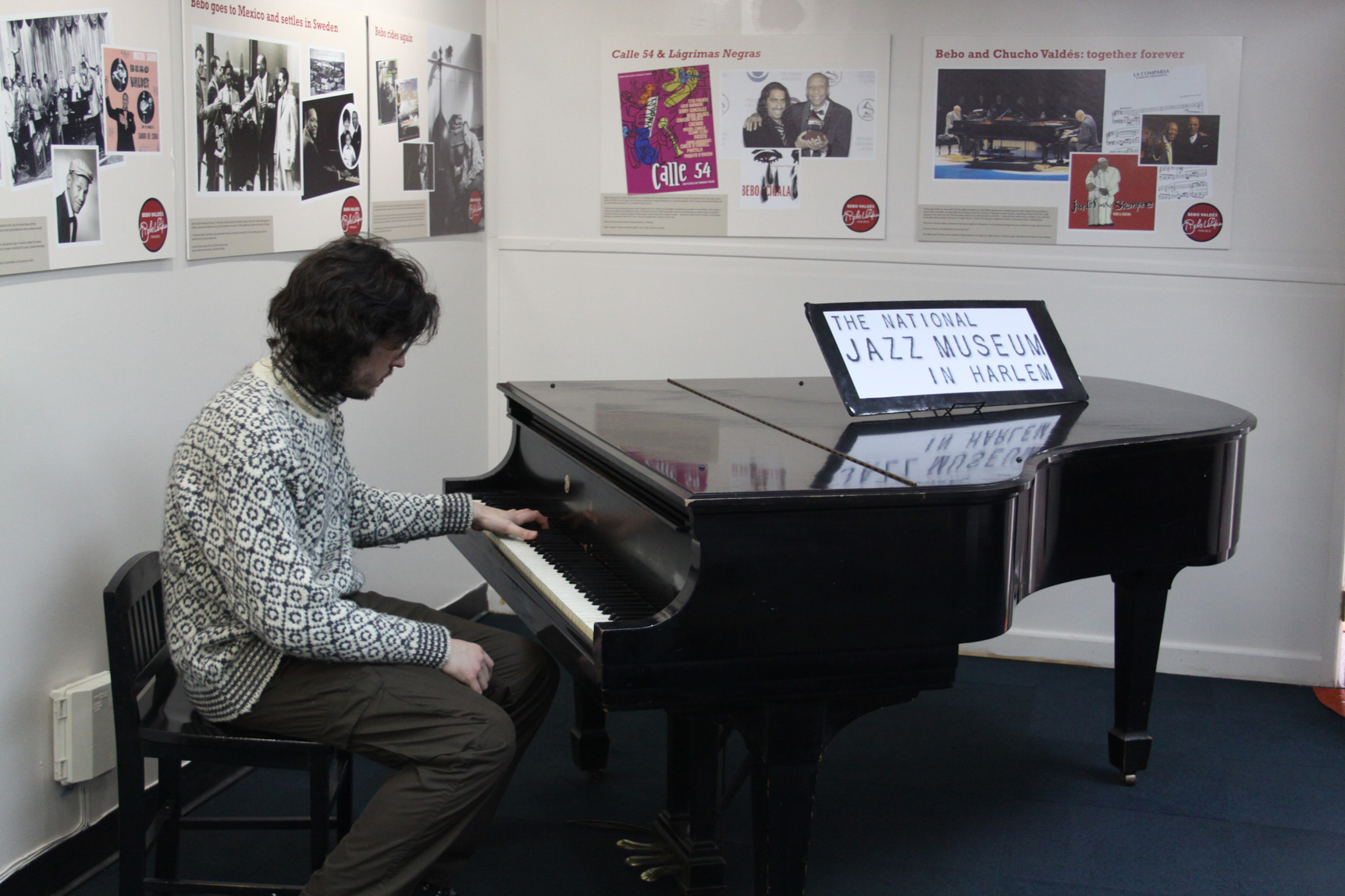 Me and the Steinway at the Jazz Museum in Harlem

Harlem itself was host to numerous small jazz clubs back in the 1920’s and into the 1940’s, making it the place to go in town if you wanted to hear the latest in jazz talent. Wealthy clientele from downtown Manhattan would go uptown to the best clubs, one of dubious reputation being the ‘Cotton Club’. Although all the entertainers were black, black customers were generally barred, resulting in a white only audience. On the flipside, the deliberate targeting of rich white clientele allowed for higher entry and cover charges, which translated in to better pay for the musicians. And one of the greatest regulars to perform here was Duke Ellington and his band. To see his statue on 110th Street today is to understand his contribution to the history of Jazz.

As the decades rolled on, the jazz venues moved downtown into Greenwich village way, leaving only echoes and memories of the scene that used to exist in Harlem. But in a world where Jazz is clearly not mainstream in terms of listening audiences, it is a challenge in itself to keep alive the legacy and art form. Thankfully, right now New York is still alive with Jazz. There are jazz venues all over, from grand places such as the Vanguard and Birdland, to smaller and frequently sold out spots like Smalls (I couldn’t get in when I visited!). New York City easily outstrips London for the sheer number of venues that hosts jazz musicians every night, and it’s easy to see why musicians and listeners still think that this is one of the best places in the world to experience Jazz.